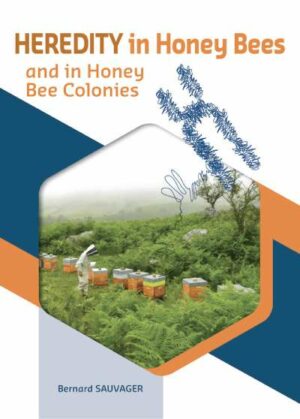 A drone dies after mating. Nonetheless, his sperm will later transmit 100% of his genes to each of his daughters. A queen, on the other hand, because her egg is produced by cell division, will only transmit 50% of her genes to each of her offspring. To add to the complexity of honey bee genetics, a queen will mate with multiple drones. The result is a colony of bees that is not a group of clones but an assembly of individuals, each of whom are genetically distinct. The members of the colony will express, individually and in groups, a mosaic of different characteristics. The difficulty of selection in beekeeping arises from this unique mode of reproduction. In order to understand how the characteristcs of an individual are transmitted and expressed, we start with a review of the basic principles of genetics and an introduction to epigenetics. How are the characteristics of the ‘superorganism’ (the colony) transmitted to another colony? The all-important role of polyandry will be explored with a discussion of the implications for controlled or instrumental mating. Finally, for those breeders wishing to integrate or to ‘fix’ desirable characteristics in a given line through the use of instrumental insemination, specific inbreeding selection techniques are described.